Coming from both a teaching background and a gymnastics base, our vision was to establish a club that highlighted the true nature of competitive cheer. Though we do ensure our athletes look beautiful, cheer at Athena is not just about the makeup and glitz. Emphasis is placed on the talent of the athletes, developing the strength and conditioning required to perform at an elite level and providing the building blocks for sound skills and technique. We celebrate the positive attributes of all our athletes and strive to build each as a ‘whole’…both mentally & physically.

Staff members have been hand selected, not only because of their amazing skill base but because they demonstrate traits I believe will make them great educators. Coach training at Athena strongly emphasizes techniques to nurture, guide and inspire the athletes. As a team, we strive to make the gym a safe place where our athletes can step in the door, forget about anything else, work hard and enjoy the company of their team mates. We celebrate small steps, invite open communication with parents and aim to have our athletes leave the gym happy! The Faces of Athena Cheer Academy

In this family based business, two generations work alongside each other. Kerry & Paul co-own and manage the club and are supported by their children, Maddi & Mac who both coach and cheer at Athena. Club mentors, Steve & Miranda Walters are also a husband and wife team. They bring to the table huge experience in the cheer industry and are highly respected both in Australia and overseas. A shared ethos and love of the sport brings the leadership group together as they work toward a common goal. 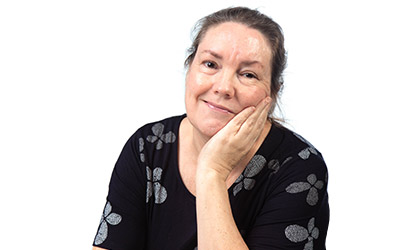 Kerry began her adult career as a Primary School teacher. She worked in classrooms and later as a Teacher Librarian. Her heart though, had always been in the extra school activities. She directed school musicals, created start up school gymnastic clubs in several school, pioneered gifted & talented programs and ...Read Full Biography 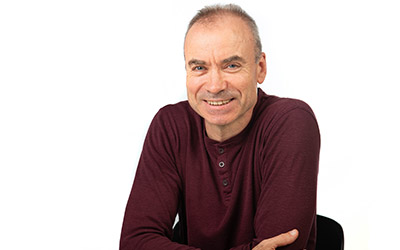 Co-owner of Athena and ‘go to’ man, Paul works in a diverse set of roles ranging from accounts and office to anything tech based, taking photos, running music, general handyman and until recently, social media co-ordinator. Outside Athena, Paul continues to work in IT and runs his own sports photography ...Read Full Biography

Athena is named after the Greek goddess of wisdom and war. The representation is that of a strong female leader to guide with wisdom and lead us into battle. The Athena ethos reflects our values of ‘Spirit, Strength & Unity’ and underpins everything we strive for. In keeping with this theme, our teams are the names of Greek gods or beautiful Greek words with poignant meanings. Our beautiful white, navy & fuchsia uniforms portray the dual themes of a warrior and winged god/goddess.

Athena has been built with the support of great educators and mentors. Athletes and coaches work with the Aussie Gold & ‘Action Spirit’ crews on an annual basis through camps and conferences & in the areas of choreography, workshops and coach training. It is such a privilege to work with these industry leaders (from both Australia and the USA) who bring a vast array of experience with them. We are also lucky enough to have two of the ‘Action Spirit’ team members on our staff.

Where are we now?

In 2020, we now have fourteen teams that span every age group and levels from 1 – 5. Our coaching staff are among the best in Queensland and each year, the teams grow stronger and more skilled. We are in that very fortunate place to be small enough to be able to know and develop every athlete but large enough to have the athletes to be competitive in any arena. Our teams compete at all the major events including AASCF States & Nationals with several teams, over the past two years, also securing Pinnacle bids.

2019 culminated with 4 teams attending Nationals in Melbourne: all four teams finished in the top 5 of their division with two teams being crowned National Champions. The Open 4 Co-ed team placed second at Pinnacle. Though the competitive season will be shorter this year due to covid19, we will be competing and are up for the challenge. Our Open 5 team is building toward L6 for 2021 and plans are in place for them to travel overseas to compete.

What people say about Athena 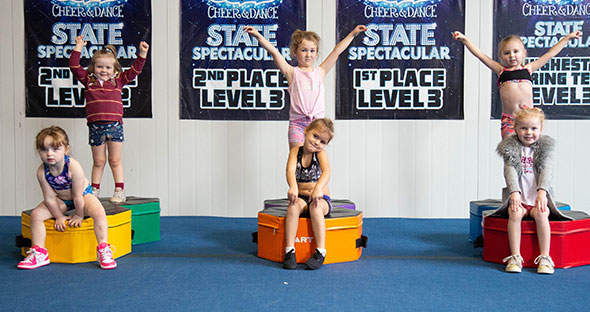 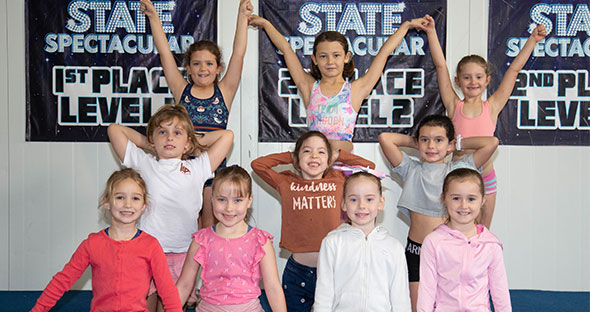 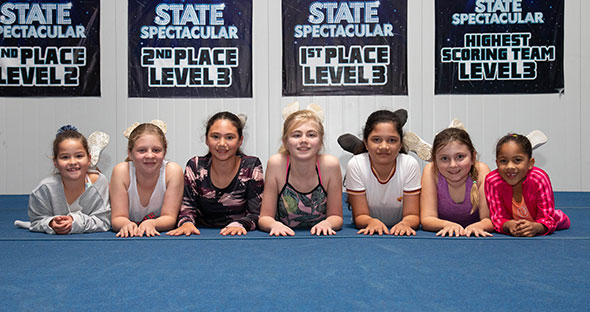 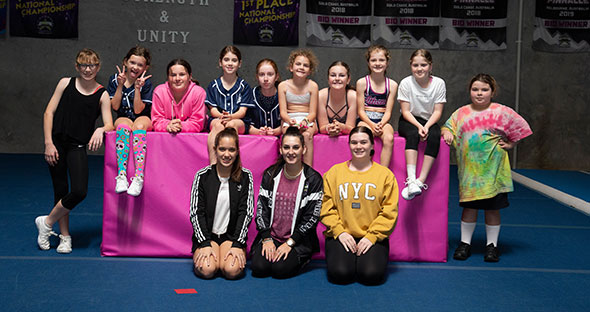 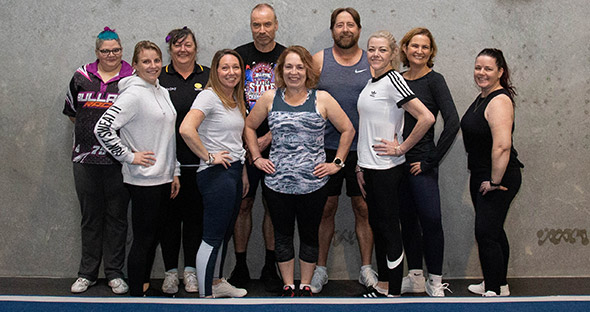 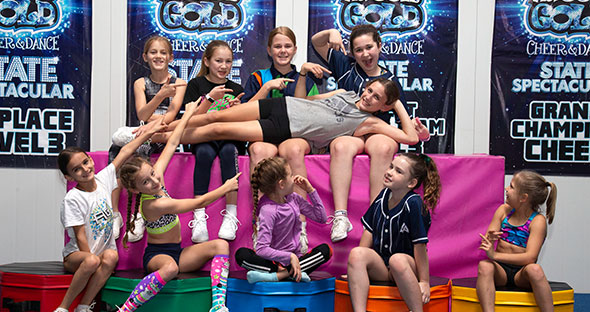 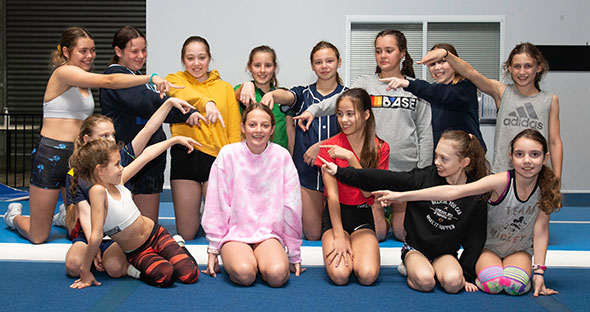 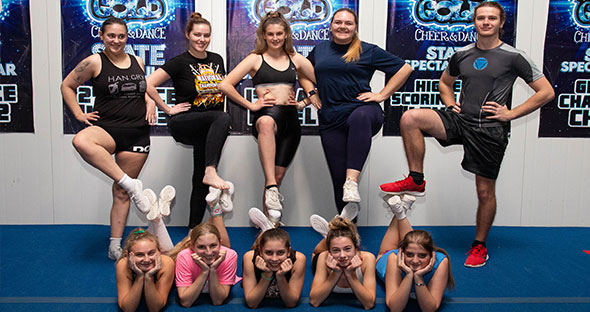 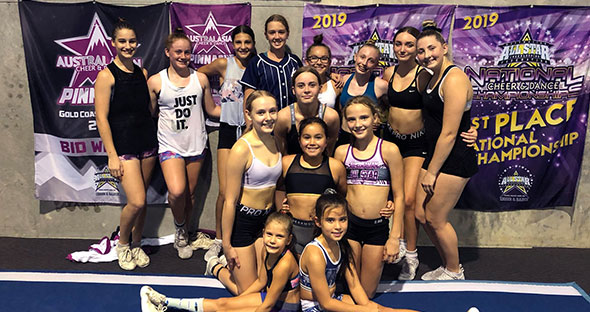 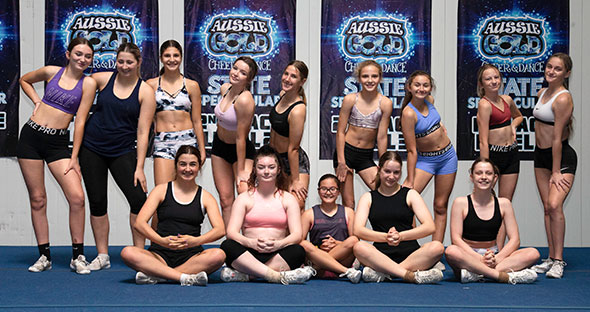 Kerry began her adult career as a Primary School teacher. She worked in classrooms and later as a Teacher Librarian. Her heart though, had always been in the extra school activities. She directed school musicals, created start up school gymnastic clubs in several school, pioneered gifted & talented programs and even created a chess club that saw 80% of the school’s students voluntarily take part.

Her love of gymnastics and everything creative eventually saw her transition to her first management role at Western Districts Gymnastics. Kerry built a small club of 80 children into a ‘gymnastics power’, boasting a strong competitive program with 700 children & waiting lists.

Late 2016, Kerry, together with husband Paul, established Athena Cheer Academy. Kerry is the ‘face’ behind Athena responsible for all day to day operations, the point of contact for new athletes and in charge of nurturing and ‘sculpting’ the coaching team.

Kerry recently went back to her ‘roots’ to pen her story.

Co-owner of Athena and ‘go to’ man, Paul works in a diverse set of roles ranging from accounts and office to anything tech based, taking photos, running music, general handyman and until recently, social media co-ordinator. Outside Athena, Paul continues to work in IT and runs his own sports photography business, ‘Adrenalin Photographics’.

Paul thrives on keeping busy and quietly works to keep ‘day to day’ operations at Athena humming along. He was ‘drawn’ into the ‘Cheer World’ when wife, Kerry suggested they start their own cheer club. It began with an agreement to handle the ‘accounts’ and now it is so much more.

In Paul’s own words, “With a family that lives & breathes cheer, it was hard not to be drawn into it; the sport is engaging, challenging and so exciting to be part of.” 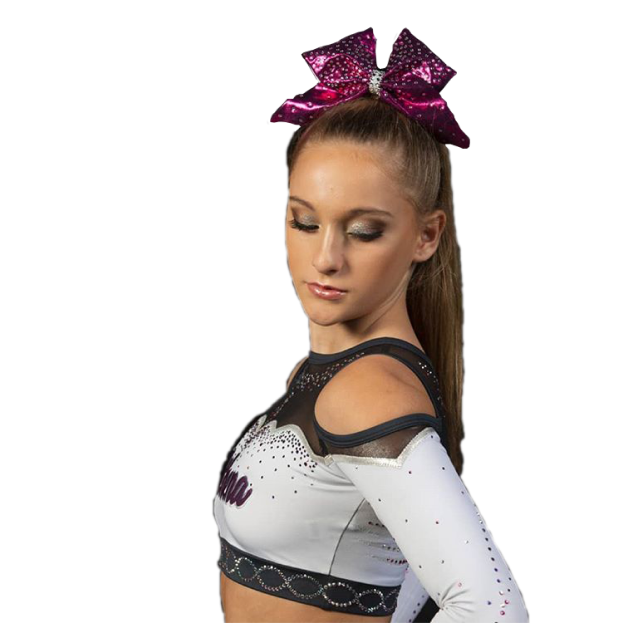